You’ve heard me say more than once how taking time to practice Agile values and the specific frameworks your team may/does use is a great idea.

I recently had one of those days where it really tested the “Responding to Change OVER Following a Plan” Agile value.

I wanted to work out at 5:30 am before getting started with my “official day” as I love starting the day with a rush of endorphins before coffee, but woke up to realize that my spouse couldn’t drive my daughter’s to school, and given the size of their musical instruments/cases (they both play the baritone), the bus would be a hardship. Instead, I got up, helped get everyone ready for the day ahead, and moved my workout on my schedule to 6:30 pm.

The tire store won’t currently take appointments to put on new tires (needed to put on new summer tires now that winter is over in the 1000 Islands and snow tires can be put away for awhile). I was told the wait was going to be HOURS even though I was in the store 10 minutes after they opened even though on the phone they usually said it would be about an hour.

The dermatologist’s office kept getting an error with my insurance when I was checking in (PSA: Annual skin checks with dermatologists are a critical way to catch skin cancer early even in your 30’s and 40’s. Don’t wait to start this preventative health screening!) The hold-up was so long that by the time the provider would have seen me, they had left and an additional provider had to squeeze me into their schedule. All while the minutes ticked by.

I planned to get gas for my car at the cheapest gas station (it was the cheapest by like $.20!!)  after my appointment, yet the line was out of the parking lot and onto the street.

Had I not been practicing my Agile “muscles” in my personal life before this particular day, I likely would have gotten stressed or thrown up my hands in defeat at some point. Especially given that this ALL happened before 12 pm. Each interaction in the morning went differently than planned, but as I adjusted how I responded to the change, I was able to accept that the items were all still going to be completed, just in a way that looked different than what I had planned.,

How has your understanding and practicing of Agile values played out in YOUR life, whether personal or professional, lately? Comment below – I’d love to hear! 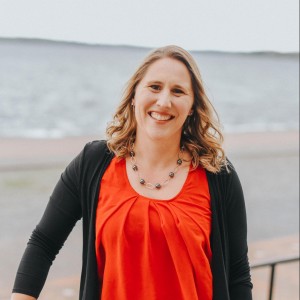